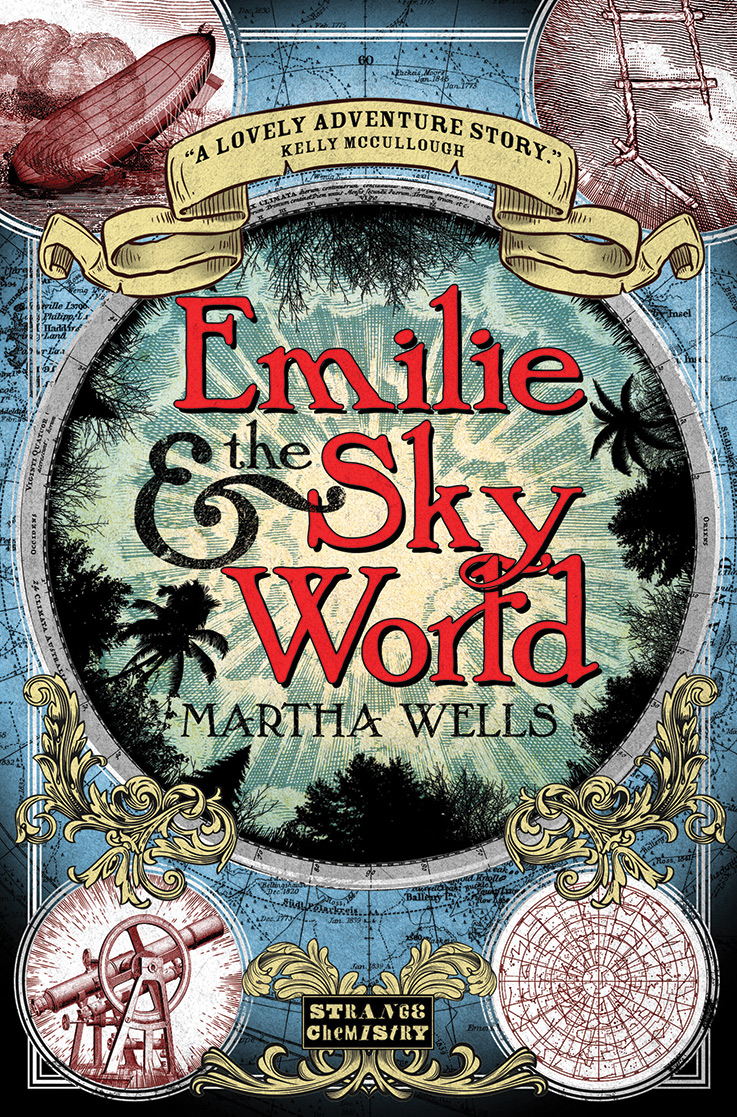 As I’ve mentioned in my previous blog post, I’ve really enjoyed the few books I’ve read from the SFF Young Adult imprint Strange Chemistry, which has now sadly been closed down.

Of course, I’m looking forward to the sequels that former Strange Chem authors will publish elsewhere, or maybe self-publish, as some have already started to discuss on twitter. When these books come out, I’ll buy them to support the authors, but in the meantime I want to talk about the wonderful-sounding Strange Chem books I haven’t read yet, and can’t wait to get my grubby little hands on.

It’s not all doom and gloom, and Angry Robot Books have already announced that they will be supporting Strange Chemistry titles so that they remain available to buy. So y’ know, please consider buying them from your local independent bookshop. If you don’t have one, give the Big Green Bookshop a shout (on twitter, by email or at 020 8881 6767), they do free UK delivery.

On a distant water world colonised by Russian migrants from Earth, Katya is making her first submarine voyage as crew. In the deep black waters of Russalka, she will encounter death, tragedy, pirates, war criminals and more.

I bought this because of the gorgeous cover art and because the Russian underwater world sounded fascinating, but haven’t started it yet.

When 16-year old Scott finds out he’s a ‘Shifter’, with the power to undo any decision he’s ever made, he thinks the power to shift is pretty cool. But as his world quickly starts to unravel around him he realises shifting might well get him killed.

I heard Kim read from her latest novel, Glaze, and loved her portrayal of teenagers and use of technology, so I really want to read this book. It has one sequel out, Control.

Runaway Micah joins the circus as an aerialist’s apprentice while Gene, daughter of a noble family, is uncomfortable in corsets and crinoline. But Gene and Micah have balancing acts of their own to perform, and a secret in their blood that could unlock the mysteries of Ellada.

I’ve heard so much praise about this book (specifically its portrayal of non-normative gender roles), I couldn’t keep it off my reading list. Plus I met Laura Lam briefly at a con and she was lovely to this convention noob.

The Woken Gods, by Gwenda Bond

When rebellious Kyra encounters two trickster gods on her way back from school, it turns out her life isn’t what it seems. She escapes only to discover that her scholar father has disappeared with a dangerous relic. The Society of the Sun needs it, and they don’t care that she knows nothing about her father’s secrets.

This book was on the Reading Group’s menu a few months back when I couldn’t attend. I haven’t read it, but my ARRG co-conspirators liked it a lot, so it’s on the list!

Emilie and the Sky World, by Martha Wells

When Emilie joins an expedition to investigate a strange and potentially deadly airship in the upper aether currents, she finds herself deep in personal entanglements. Not to mention a lost family of explorers, the strange landscapes of the upper air, and the deadly menace that inhabits the sky world.

Sequel to Emilie and the Hollow World. ‘NUFF SAID.

All Hanna wants is to be a proper witch, but she’s stuck working for a grumpy fisherman. When their boat is blown wildly off course by a strange storm, Hanna finds herself further away from home than she’s ever been before. As she tries to get back, she learns there may be more to her apprentice master than she realized.

The ARRG discussed Clarke’s novel The Mad Scientist’s Daughter and loved her writing style, so I want to try her YA. Plus the gorgeous cover would have made me covet this book anyway.

Growing up in a cult, Autumn has always believed emotions drain your Essence, only questioning her faith after her younger brother’s passing. When she encounters a group of Outsiders, they take her to their free-spirited Community and introduce her to a life of adventure and freedom. But as she uncovers dark, she realizes how far she has to fall.

Maybe I’m just weird, but I really like stories about cults. They’re creepy as all get out, of course, but also kind of fascinating. Also my next writing project involves a space cult, so this would totally be research. 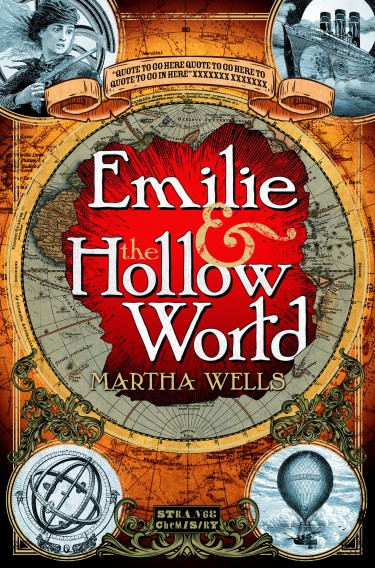 I like Young Adult books in general, and I specifically adore genre YA, so the imprint was a perfect fit for my taste. Now that it’s sadly been closed, I want to look back at a few Strange Chem books I liked.

As readers and fans, all we can do is let the world know we’d like more from Strange Chemistry authors, and from Amanda Rutter, who edited the imprint so brilliantly. If any of these sound good to you, consider buying them from your local independent bookshop. If you don’t have one, give the Big Green Bookshop a shout (on twitter, by email or at 020 8881 6767), they do free UK delivery.

When The World Was Flat (and we were in love), by Ingrid Jonach 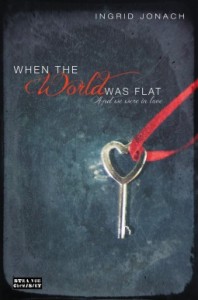 When 16-year-old Lillie meets Tom for the first time, it’s like fireworks — for her, anyway. Tom looks like he’d be more interested in watching paint dry. As they get closer, Lillie suspects he holds the answers to her reoccurring nightmares and impossible memories.

I got a review copy of this book on NetGalley and posted a detailed review of it here. In short, I really enjoyed the mix of high-school drama and high sci-fi concept, slow character build up and humour in this book. This is a great summer read; while the genre elements far from ground-breaking, they work really well with interesting, likeable characters and high emotional stakes.

Emilie and the Hollow World, by Martha Wells 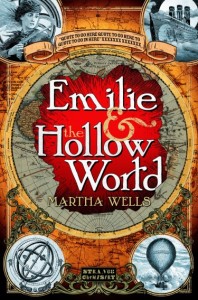 While running away from home for eminently defensible reasons, Emilie stows away on the wrong steamship and finds herself on a journey to the interior of the planet in search of the missing father of her protector, Lady Marlende.

This book was easily our Angry Robot Reading Group favourite read of 2013, and I can’t praised it highly enough. So far, I’ve gifted it to two good friends and I think I might give it to my Mum for Xmas.  I love steampunk and travel stories, not to mention a smart, sensible, brave protagonist to root for, so this was a perfect fit for me. It reminded me of His Dark Materials and right now I don’t know HOW I don’t own the sequel yet… 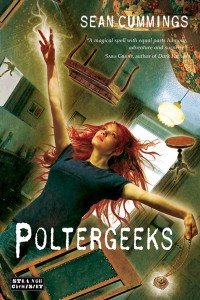 Julie is the daughter of a witch, so when she witnesses an elderly lady jettisoned out of her front door, she knows there’s a supernatural connection. Poltergeist activity levels are increasing all over town, until Julie’s mother is cursed in an assault on the high school.  Now it’s a race to find out how to break the curse.

I won’t lie, I totally picked up this book on the title alone. I love stories about witches, and this book didn’t disappoint, especially when you take into account the heaps of high-school drama and the Canadian setting – strange and exotic to me! I enjoyed the characters and their relationships, particularly the relationship between Julie and her mother, but I was especially intrigued by the revelations about Julie’s magical inheritance. 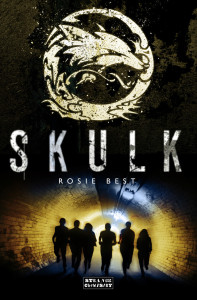 Meg’s only escape from her oppressive, not-so-perfect home is her secret life as a night-time graffiti artist. That’s how she witnesses the dying moments of a fox… that shapeshifts into a man. As he dies, he gives Meg a gemstone and his power to shift. Plunged into a shadowy underworld of warring shapeshifters, she must protect the stolen gemstone.

I bought this book to support the author who is a friend of mine, and also because the cover was so damn cool. This book doesn’t pull any punches, and I found Meg’s cruel and selfish mother just as disgusting as some of the gory bloodshed and definitely scarier than the bit with all the spiders and rats. There’s also some great commentary about class in Britain and proper laugh out loud moments.

The one thing I wasn’t terribly keen on was that it reads very much like book one of a series, and I personally found the ending left me wanting a bit more. Rosie has written and done edits on the second book, Rabble, so here’s to hoping we can read it soon in some form or another. I will be reading it when it does come.