Next week, I’ll be participating in #Diverseathon, a week-long readathon focusing on reading diversely. There are no set challenges or rules, the point is just to read books by diverse authors or featuring diverse characters. The readathon starts on Monday 12 September and runs until Monday 19 September. If you want more details, check out Christina Marie’s announcement video.

I’ve selected a couple of novels and some non-fiction, as well as a lot of shorter works, with a mix of audiobooks and ebooks. All of these are also books I already owned, except from the one I got from NetGalley, so no extra book spending for this readathon, if I can make a good dent in this list, it should also help me out with my Goodreads challenge (I am so, SO BEHIND!!)

Set against the backdrop of the Jim Crow South and the civil rights movement, the never-before-told true story of NASA’s African-American female mathematicians who played a crucial role in America’s space program—and whose contributions have been unheralded, until now.
[Goodreads]

I love listening to non-fiction on audiobook, and I can’t wait to start this book specifically. The erasure of women’s contribution to history is nothing new, especially in the sciences, but there’s still so much work to be done highlighting the work of these badass mathematical genuises. If you haven’t seen the trailer for the upcoming feature film based on this book, watch it, WATCH IT NOW, it’s glorious. I am definitely going to go see that movie. 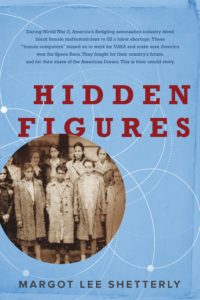 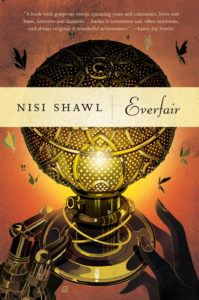 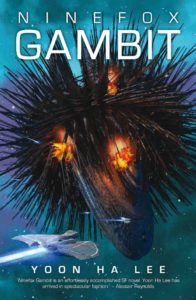 Fabian Socialists from Great Britain join forces with African-American missionaries to purchase land from the Belgian Congo’s colonial ruler, King Leopold II. This land, named Everfair, is set aside as a safe haven, a Utopia for native populations of the Congo as well as escaped slaves returning from America.
[Goodreads]

I just got approved to read an ARC of this book from NetGalley a few days ago and I could not be more excited! This was on my Most Anticipated Reads of 2016 list and I’m still just as intrigued by the premise as I was then. I love steampunk that isn’t set in Victorian London (who am I kidding, I love all steampunk), if you add in radical politics and the very Victorian idea of building a utopia from the ground up, it just seems like it’s going out of its way to tick all of my boxes!

To win an impossible war and redeem herself, Captain Kel Cheris’ best hope is to ally with the undead tactician Shuos Jedao. The good news is that Jedao has never lost a battle; the bad news is that he went mad in his first life and massacred two armies, one of them his own.
[Goodreads]

I keep hearing great things about this book! Elizabeth from Books & Pieces said it reminded her of Ancillary Justice which definitely piqued my interest. Evidently the main character ‘allies with’ the undead General by sharing her body with him and I’m very curious to see how that plays out (maybe she wears a turban & has his face poking out of the back of her head? No?).

The Sorcerer of the Wildeeps by Kai Ashante Wilson

The Sorcerer and the Captain are the descendants of the gods who abandoned the Earth for Heaven, and they will need all the gifts those divine ancestors left to them to keep their caravan brothers alive. The one safe road between the northern oasis and southern kingdom is stalked by a necromantic terror.
[Goodreads]

I went on a bit of a Tor.com novella spending spree a while back, and got this one along with a number of others. I haven’t gotten around to reading it yet, but adding a novella to my readathon plans makes sense, so it looks like now’s the time. I’ve also seen a few reviews that mention the writing style & how it plays with language and colloquialisms, and I am always there for that. 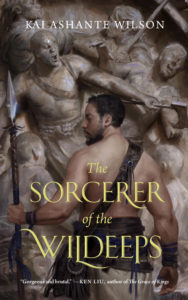 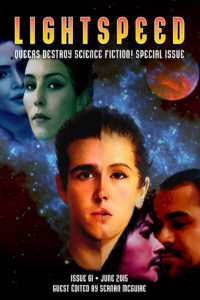 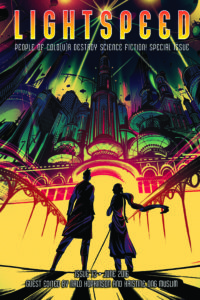 LIGHTSPEED was founded on the core idea that all science fiction is real science fiction. The whole point of this magazine is that science fiction is vast. It is inclusive. Science fiction is about people and for people—all kinds of people, no matter where they’re from, what they look like, what their identity is or who they love. These two special editions of Lightspeed magazine (fully written & edited by queer people and people of colour respectively) exist to relieve a brokenness in the genre that’s been enabled time and time again by favouring certain voices & erasing others.
[Goodreads: Queers Destroy! PoC Destroy!]

I got the e-books for both of these anthologies as part of the Kickstarter campaigns that Lightpeed ran for them, and then promptly forgot to download them onto my Kindle for ages. I’ve now remedied this grave mistake and I will be reading stories from both of these during the readathon. At a glance, it looks like both anthologies are quite chunky so I probably won’t get to everything in there, but it’ll be good to make a start.

I’m so excited about the great week of reading I’ve got lined up for myself (even though, knowing me and my reading speed, it’ll probably take me most of the month to finish everything) and I can’t wait to get started. If you’re participating in #Diverseathon, let me know what you’re planning on reading and if you have a blog post or video about it, leave a link in the comments so I can check it out!