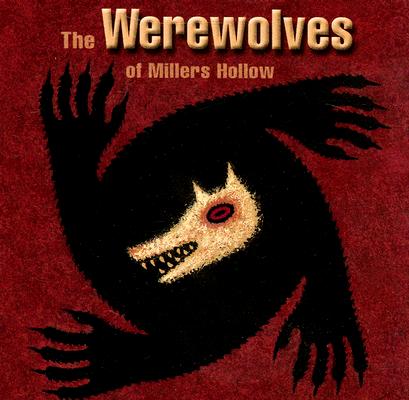 I’ve had a thing for werewolves for a long time so it’s no surprise that I’m obsessed with this nifty little game. It can be difficult to gather enough people to play, but once that’s done, you’re guaranteed a new bunch of converts.

A fun party game for 9 to 18 players, Werewolves of Miller’s Hollow is a modern version of the traditional game of Mafia, with a fantasy twist.

All you really need is one person who knows the game well enough to act as narrator and a room large enough for players to sit in a circle. After the players are given a secret identity each, the game begins with a Night turn, then alternates between Days and Nights as the Werewolves attempt to eat their way through the villagers before being found out and the villagers desperately try to stay alive by enacting mob justice.

During Night turns, the Werewolves strike, the special characters spy, fall in love, brew remedies or evil potions and the honest villagers shudder in their beds, hoping not to be eaten. During the Day turns, Werewolves, magical beings and simple humans alike assemble to grieve for the slain and exact vengeance on the evil that plagues the land. The entire village debates the events of the night, spreading rumours and flinging accusations about, until the people’s righteous anger focuses on one likely culprit, whom they lynch in the hope of stopping the Werewolves for good.

Of course, special characters and Werewolves have to lie a lot and everyone has to participate (or they’ll be deemed ‘too quiet to be innocent’) but not be too vocal (or they’ll ‘sure have a lot to say, for someone who claims to be an honest villager’). 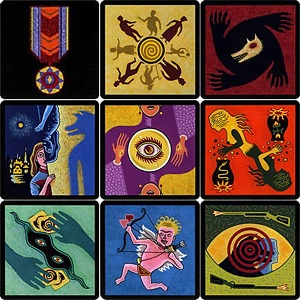 I love that this game forces players to create a story, often much more complex and interesting than the basic instructions the narrator has to give out. Players have to develop a bit of a character for themselves, take turns being narrator, imbuing the story with their unique style and ultimately providing this game with a ton of repeat value.

Last time I played, one of the narrators set the game in the Firefly ‘verse and called the Seer ‘River’. The Witch became ‘the Doctor’ and the Werewolves were basically hidden Reavers. The analogy may not work perfectly, but we all got massively into it.

So if you’ve never tried Werewolves, grab yourself a bunch of mates and a copy of the game (or make one, instructions here), dim the lights and get playing!